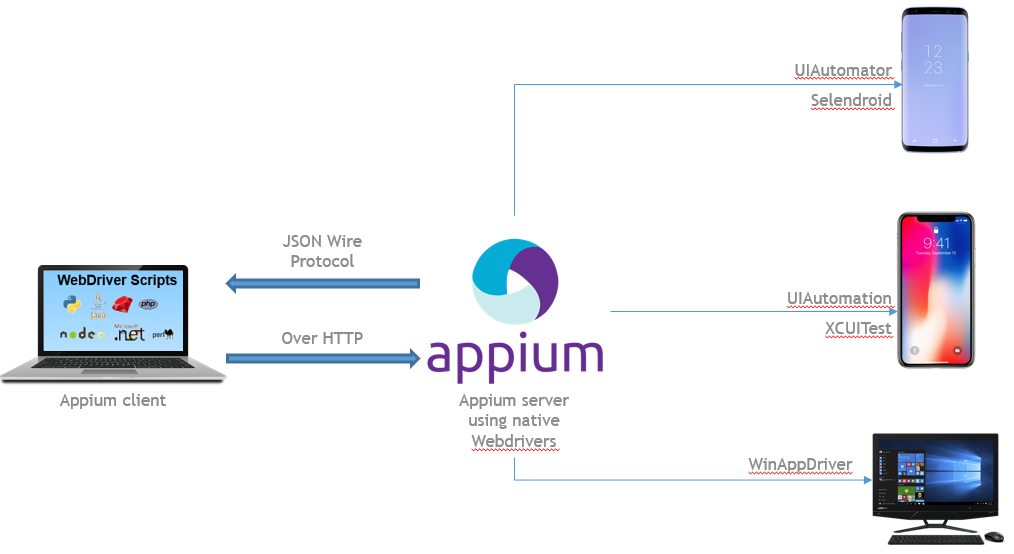 With Appium creating a buzz in enterprise mobility, mobility teams are still finding ways to successfully automate tests leveraging Appium. Appium being an open source tool is the perfect choice for automating native, mobile web and hybrid applications on their respective platforms.

Major factors behind Appium being the best choice for mobile automation tool:

Any WebDriver compatible language like Perl with Selenium WebDriver API, Java, PHP, C#, Python, Ruby, Javascript with Node.js can be used for writing the tests.

Appium gives flexibility to mobility teams to use testing framework of their choice.

Having the capabilities to test on both Android and iOS devices makes it the best cross-platform mobile app test automation tool. In order to interact with Android and iOS with Selenium WebDriver, Appium uses the JSON wire protocol. Appium makes use of the libraries provided by Apple with the help of an application called Instruments to automate iOS apps. In newer versions of iOS after v9.3, the Instruments api has been deprecated and now use XCUITest framework.
The method is similar in Android also where Appium proxies the automation command to the UIAutomator test case running on the device. Android has a native UI automation framework called UIAutomator which supports running JUnit test cases from the command line directly into the device.

Appium is open source and it supports Simulators, Emulators, real devices, and of course, native, hybrid and web application testing of iOS and Android. Appium having a large and thriving open community makes it easier for new automation engineers to clarify their doubts.

Teams who are getting started with Automation or are considering Appium as an option, must explore an alternative to go for a mobile device cloud with built-in Appium.

Why Choose BDD as Test Framework?

We use cookies to ensure that we give you the best experience on our website. If you continue to use this site we will assume that you are happy with it.ACCEPTPrivacy policy